Gaby started working as a model at a young age. She appeared in many fashion magazines and has frequently done fashion shows both at home and abroad. Through the modeling agency Gaby worked for, she was approached to participate in the provincial election of Miss Netherlands. After winning the Miss Overijssel election, Gaby was allowed to participate in the Miss Netherlands election, which gave Gaby the title of Miss Netherlands 1992. After her coronation and participation in the Miss World Election in South Africa, Gaby’s career started to take a serious turn towards television.

From that moment on she appeared in TV shows such as: "The Five Hour Show", a special for the BBC on models in South Africa, "V Models" by Veronica, "The Hour of Truth" and many other television shows. Gaby also hosted a special about the Miss World election for M Net in South Africa and several items for the German TV channels Pro 7 and RTL.

After her year as Miss Netherlands 1992 and beautiful foreign adventures, Gaby was asked to do a screentest at Joop van den Ende productions and became a TV host to various game shows.

After many hours of live television, Gaby was asked to host other shows. At that time, Gaby worked for the following Dutch channels: Veronica, Yorin, SBS and RTL. Line 4 was one of the programs that Gaby hosted for a long time together with TV hosts John Williams, Mike Starink and Doesjka Dubbelt. A daily morning show with live performances and interviews, with guests from the media.

In 2004 Gaby moved to Curaçao, where she gave birth to a beautiful daughter. Gaby started to work for the Venezuelan channel "The Sun Channel" where she hosted the popular TV show "Tropical Tips", a travel show across the Caribbean. She was given the opportunity to work behind and in front of the camera and visited many beautiful islands.

After a number of years in Curaçao, Gaby moved back to the Netherlands and started working at SBS where she hosted various television shows such as the popular show "Domino Day". 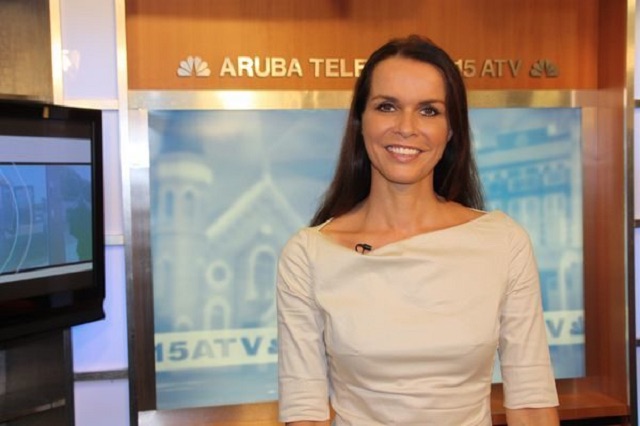 But the Tropics continued to ogle and in 2008 Gaby and her family left for Aruba.

There Gaby became the host for the Aruban News in Dutch on the ATV / NBC channel where she again worked both in front and behind the camera. Gaby was given the opportunity to learn a lot and to develop further in the field of production and presentation.